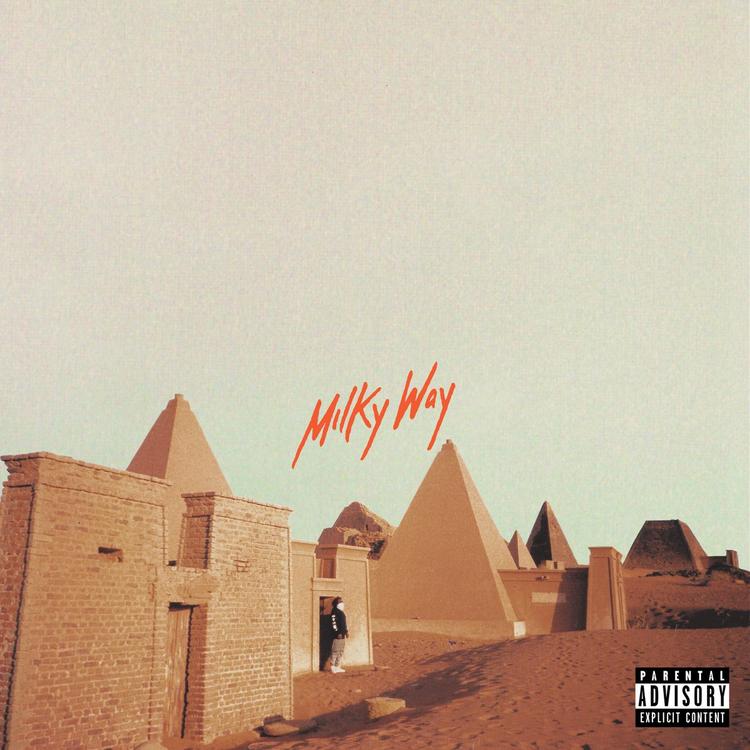 After a two year wait Bas, Queens rapper, label mate of J.Cole is finally back on the scene with a new album, Milky Way. This has been one of my most highly anticipated albums, and I was absolutely thrilled when it dropped. There were feelings of both excitement. and concern–what if it’s not as good as his last album? What if he doesn’t get the right features? A long list of what-ifs raced through my mind as I began to doubt one of my favorite artists.

Boy was I a fool. I was wrong to ever doubt this guy. From the first song on the album he came out swinging for the fences. Two years must have given Bas a lot of time to experiment with his sound and hone his skills, because he sounds better than ever.

From the silky smooth beat selections on songs like “Barack Obama Special”, “Icarus”, and “Tribe” (just to name a few) to the amazingly crafted flows on tracks like “Boca Raton” and “Tribe” ( anyone sensing a trend here?) Bas definitely brought his A-game this time around. In addition to experimenting with his flows, he expands his vocal range on this album.  On “Sanufa” and “Front Desk” his singing is fantastic and really fits his voice. I wouldn’t be upset if he continued to explore this in future albums, tracks, or features.

The features are perfect for this album. Going with some bigger names for the singles was a smart move as it definitely drew me into the album (even though i was planning on listening to this album already, news of these features added to the hype for me). J. Cole drops one of my favorite verses of his on “Tribe”. “Tribe is beautifully crafted and is definitely the biggest stand out from this album. When Bas and J. Cole get together on a track you should always expect greatness. In addition, A$AP Ferg absolutely kills it on “Boca Raton”. The tropical vibes from both of these songs really got me going, and I hope Bas continues to experiment with that format. The other features fit the songs they were on perfectly. Ari Lennox is sublime  on “Icarus”, and Correy C goes in on “Fragrance”. Of course I have my dream features who I think would fit with Bas, but if he keeps selecting people the way he does I will continue to be a happy man.

All in all I think that Milky Way was Bas’ biggest and best effort yet. I don’t mind waiting two years between each album if he keeps coming out with quality music like this. I have been listening to this album front to back since the day it came out, and it may have surpassed Beerbongs & Bentleys for best album of 2018 in my eyes. Keep it up Bas, you’ve got a high ceiling and I hope you keep climbing!

PS: For this AoTW I will be having a friend (Fish) tell you all of his favorite songs from Milky Way because he loves the album as much as I do. In the future there may be picks from other people, but most of the time it will just be from me. Thanks for reading!