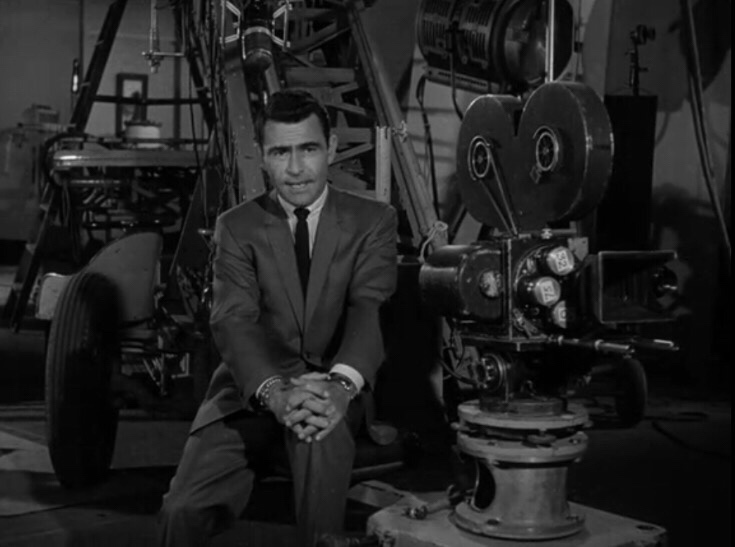 I know, I know. In my original Streaming Recommendation, I said that this series would mostly focus on feature length film, rather than television. But I have a justification! Namely that the first episode in this tripleheader, “An Occurrence at Owl Creek Bridge”, was not originally made for television, but is instead a French short film (La Rivière du hibou) that won first prize for Best Short Subject at Cannes in 1962, and the 1963 Academy Award for Best Live Action Short Film. The producers of The Twilight Zone decided to buy the American broadcasting rights and air it as an episode. So there, cinematically inclined.

Despite its plaudits as a film, it is routinely overlooked in lists of the greatest Twilight Zone episodes, and its popularity pales in comparison to, say, “The Monsters are Due on Maple Street” or “It’s a Good Life”.

Plus, I’ve added two more seldom-appreciated episodes to bring this recommendation up to feature length, both starring the perpetually underrated John Hoyt! So without any further unnecessary sematic justification, here’s a Twilight Zone tripleheader that you can enjoy on Netflix right now: 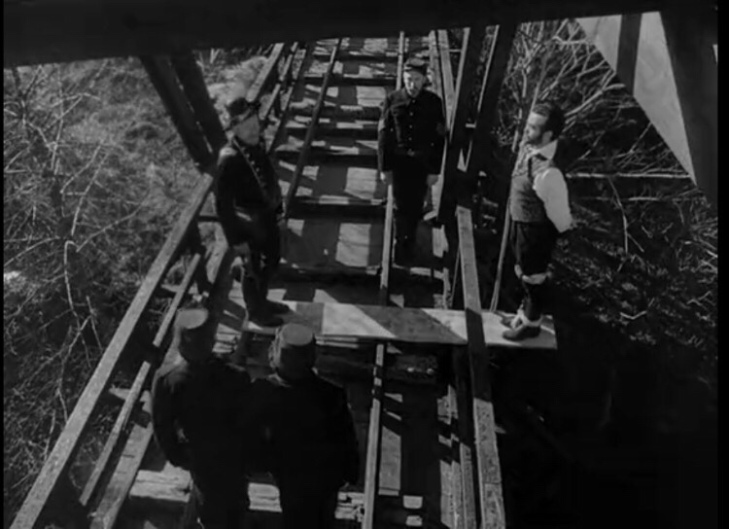 This short film is based on the famous 1891 short story by Ambrose Bierce. Of that short story, esteemed author Kurt Vonnegut said:

“[‘An Occurrence at Owl Creek Bridge’] is a flawless example of American genius, like ‘Sophisticated Lady’ by Duke Ellington or the Franklin stove.”

The story of “Occurrence” is that a man is to be hanged, at Owl Creek Bridge. While standing on the bridge, he thinks of his family. But, the rope snaps, he falls into the creek, and is able to escape. The story is lauded for its exploration of life, death, humanity, human nature, reality, and the consciousness of thought that humans possess.

To adapt Bierce’s story is to accept a high degree of difficulty and scrutiny. Thankfully, director Robert Enrico is up to the task. 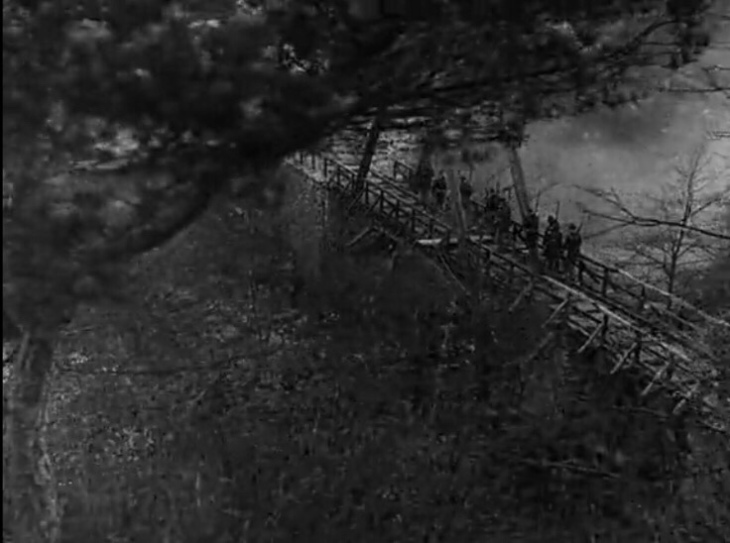 From the very opening moments, Enrico’s stylistic imprint is upon us. The opening longshots of the woods, the lookout, the bridge, are semi-obstructed by branches and stones. We’re observing from afar, figuratively and literally. It suggests that much like the running of the creek or the growth of the trees; humans bring war, crime, and punishment as our contribution to nature.

Indeed, nature, and the appreciation of the world and the lives within it, is the main thrust of the film. I’ll leave out as much detail as possible with regards to plot, but wish to comment on some other technical things I appreciated/noticed. 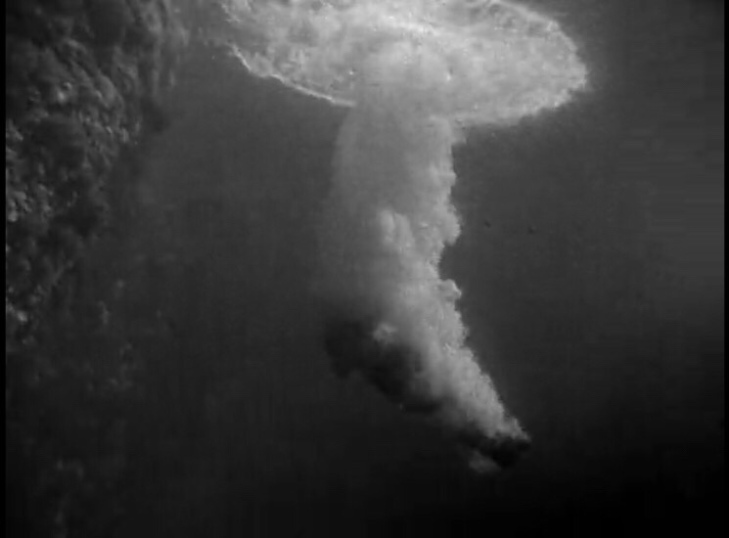 The underwater camera work is fantastic, and is one of the instances of black and white photography almost certainly being the better option, as it allows for sharp contrasts and clearer delineations of objects while in a disorienting position (similar to the earlier moment of vertigo while on the bridge). The perspective shot as we sink to the bottom is exceptional.

The choice to distort one of the few bits of dialogue is notable. It serves as a commentary on the monstrous nature of war and killings while also working within the diegesis in multiple ways.

One major deviation from the short story which I think is positive is that the reason for the hanging, while shown, is given much less time as a focus. It allows audiences to be more empathetic and forgiving, especially 2018 audiences.

The almost complete lack of dialogue is not a first for the original Twilight Zone. One of the more famous episodes, season two’s “The Invaders” is almost completely dialogue-free. As in that episode, the lack of exposition via dialogue allows for an emphasis on visual storytelling, and it is here where the film’s directors shine.

We don’t learn of the regimented nature of war via various orders. We see it in the choreographed movements. We don’t hear the struggle of facing death. We see it in anguished faces and exaggerated movements. It’s a shining example of what can be accomplished by showing rather than telling–something which is glaringly overlooked now more so than ever in narrative (supposedly) visual media. 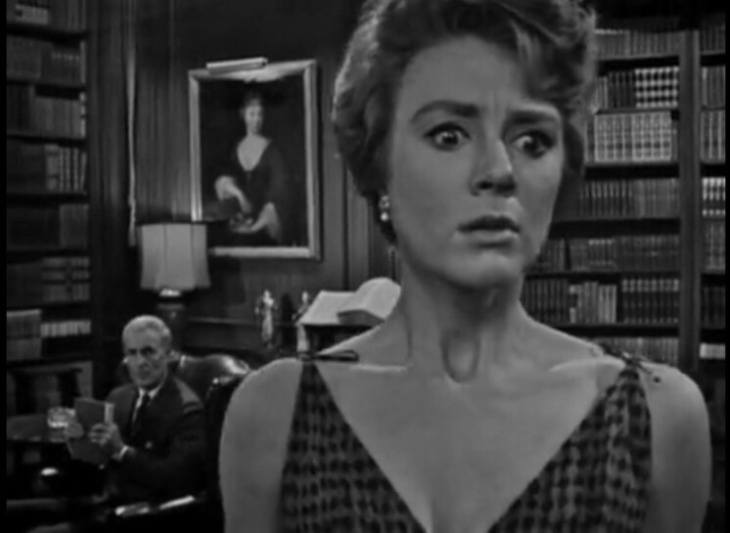 “The Lateness of the Hour” is so good that it’s able to win me over despite being one of the few Twilight Zone episodes shot on video rather than film. I can’t overstate how great of an accomplishment it is to be amazing while looking ugly as sin.

“The Lateness of the Hour” seems prescient in the questions it poses on morality in artificial intelligence. It has served as an inspiration and template for many a sci-fi work in the almost six decades since its release. Indeed, “The Lateness of the Hour” tackles many of the philosophical and moral questions examined by Philip Dick in Do Androids Dream of Electric Sheep? (the primary basis of the 1982 film Blade Runner) a full eight years before that novel debuted.

It deals with a family who uses robot servants built by the patriarch, Dr. William Loren. Dr. Loren’s daughter objects to the cushy lifestyle that her father’s inventions enable, and asks them to be decommissioned. The episode unfolds from there, and deals with one of the great questions of humankind. What does it mean to be human? Can a non homo sapien be human?

It is another Twilight Zone episode with a mind-bending twist, though the reception of this twist in popular culture has differed from some of the more famous ones. Rather than being parodied, it has been replicated, by the aforementioned Blade Runner and the more recent Ex Machina. It’s why I think the episode still feels fresh 58 years on, as compared to the brilliant but heavily spoofed “To Serve Man” or “Time Enough at Last”.

Inger Stevens is incredible in this episode. She does so much work with her face, and truly throws every bit of emotion she’s got into the episode (Inger Stevens is a criminally underrated actress in every regard. Check out The World, the Flesh, and the Devil sometime, or “The Hitchhiker” episode of Twilight Zone). Her wide eyes are totally engrossing, almost hypnotic. It might seem like a melodramatic or unrealistic performance on the first watch, but repeat viewings really do it justice. She walks a fine, fine line.

I think my favorite part of the twist is the multifaceted dramatically ironic line that proves its speaker’s point unintentionally. I want to avoid spoilers here, but it really does speak to a part of the human condition that is as inseparable from life as nerves and muscle.

“Will the Real Martian Please Stand Up”, or “WtRMPSU” if you wanna be a hip acronym-using youngster, is one of the closest things that the original Twilight Zone has to a straightforward whodunit. Though, crucially, the “dunit” in question is not an action, but an identity.

State Troopers are sent to investigate reports of a UFO. They find tracks leading to a diner where a bus has stopped due to an ongoing snowstorm. Six passengers got off the bus. Seven patrons are in the diner (including the dude who played Dr. Loren in the episode we just watched. ‘Sup doc!). Nobody knows who is the Martian among them. Paranoia sets in. Play it out from there.

It plays perfectly to the advantages of a “bottle episode”, building up the claustrophobia and tension with every panicked look, every emphatic triad of musical notes. The use of close ups and medium shots from all over the diner aid this. We get a great sense of what the space looks like thanks to the multiple perspectives, but the repeated use of close-ups and medium shots makes the space feel smaller.

This is another episode which has aged well due to cultural forces outside of its control. The modern police procedural has gotten so far inside our own heads that we have all these reasons for why we suspect a certain “who” in whodunit. ‘Can’t be the cranky guy. Too obvious.’ ‘Can’t be the couple. There was only one killer.’ ‘Can’t be the wacky woman, too obvious again.’ The creators of “WtRMPSU” didn’t have all those conventions and tropes to worry about, so they just made the best possible story. The only convention they had to adhere to was Chekhov’s gun. This provides them the freedom to perform a cunning bit of sleight of hand that makes suckers out of so many people the first time they see it.

What’s more, thanks to being part of an anthology series, we don’t have to deal with the half-assed five minute attempt at serialization that we put up with in 2018! And thank goodness for that. Because I have yet to meet someone who watches CSI for the long-term character development. “WtRMPSU” doesn’t have to shoehorn that in.

Yes, the set-up of “WtRMPSU” is contrived. Yes, the episode moves much slower than your standard 2018 procedural. But, it accomplishes something that fewer and fewer works of contemporary narrative cinema are doing. It builds tension on top of itself, all culminating in the waning minutes of the episode. It’s gripping, high quality entertainment for entertainment’s sake. Sit back and enjoy a masterful piece of pacing.

Where to watch: Netflix

When to watch: I’ve always felt that the optimal time to watch the original Twilight Zone is nearing midnight on a cold, blustery Friday evening. “WtRMPSU” begs to be watched during a snowstorm, but I guess we’ll have to settle for autumnal wind.

Who to watch with: Anybody! Maybe not small children? I’m guessing the MPAA gives these a PG.

What to look for: